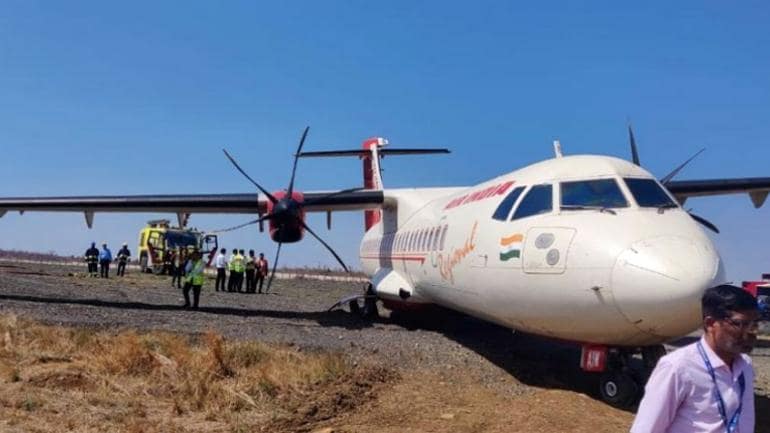 India’s Directorate General of Civil Aviation (DGCA) is investigating an incident in which an Alliance Air ATR 72-600 came off a runway in northern India.

Sixty people were on the flight, including 55 passengers and five crew, the report says.

The DGCA says it is investigating the incident.

State-owned regional carrier Alliance Air says in a statement the aircraft overshot the runway by 10 meters (33 ft) and that all on board were evacuated safely.

“We have taken strict note of the incident and the cockpit crew have been de-rostered. A thorough investigation has been initiated. The findings shall be shared with the regulatory authorities and we shall ensure that all required corrective actions are put in place,” the airline says.

Videos and photos circulating online shows the aircraft on grass, with passengers standing near the aircraft.

Featured photo from India Today shows the aircraft on grass.