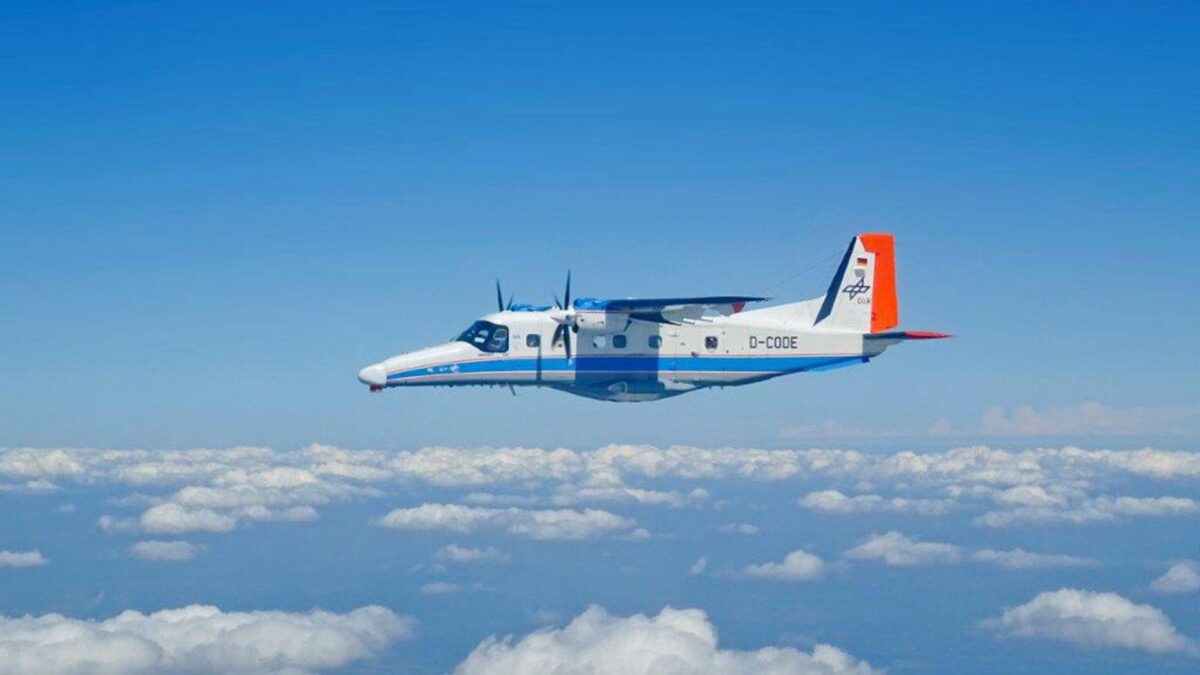 The German Aerospace Centre’s (DLR) Dornier 228 electric-flight testbed will be used on a modular basis for several research applications, including hydrogen-electric flight.

The first project it has announced, in conjunction with MTU Aero Engines, involves integrating an electric powertrain with 500kW shaft output and a hydrogen-powered fuel cell on the aircraft, DLR spokesperson Falk Dambowsky tells Smart Aviation APAC. This electric powertrain will serve as a core technology for any emission-free fuel cell propulsion system, he says. Maiden flight of the hydrogen-electric demonstrator is planned for 2026, he adds.

While MTU Aero Engines is developing the hydrogen fuel cell-powered powertrain, DLR will offer its expertise in flight testing, aerodynamics and aeroelasticity, he says. DLR is also responsible for integrating and certification of the electric powertrain, which will replace one of the Dornier 228’s engines, he adds.

Updates on the MTU Aero Engines hydrogen-electric powertrain programme, which involves about 80 experts, will be announced at the start of 2021, Dambowsky says. It was earlier announced that DLR and MTU would start ground testing of subsystems in 2021’s second quarter.

In addition to the hydrogen-electric powertrain project, the Dornier 228 testbed can be used for other research work, says Dambowsky, adding that the testbed is unique because it goes beyond use as a single demonstrator or a product.
“For the [electric flight demonstrator], the Dornier 228 [was] chosen because it is robust, has an unpressurised cabin, but has a big cargo door. We know it very well,” because there are three Dornier 228s in DLR’s research fleet, Dambowsky says.

Dambowsky declines to elaborate on what other research projects are planned for the electric Dornier 228 but adds that DLR is looking at other propulsion technologies for zero-emission flight. Battery-electric concepts are promising for short, urban journeys and fuel cell-based propulsion is seen as a solution for regional and medium-haul flights, he adds.

DLR has also been researching how turbine engines can be powered by hydrogen and sustainable aviation fuels (SAFs). It is studying direct-burn engines’ atmospheric emissions and considering aspects such as: components, integration, airspace, operations, climate and economic impact, he says.

The DLR is also a member of recently-founded Zero Emission Aviation (ZEMA) Group, which comprises research institutes from 13 countries that have committed to research enabling the proliferation of zero-emission flying. Up to 90% of its investments in research and development have been targeted at emission reduction, it has said in a recent announcement.

DLR is the operator of Europe’s largest civilian research fleet: three Dornier 228s, a Cessna 208B Grand Caravan, a Dassault Falcon 20E, Airbus A320, along with several helicopters.