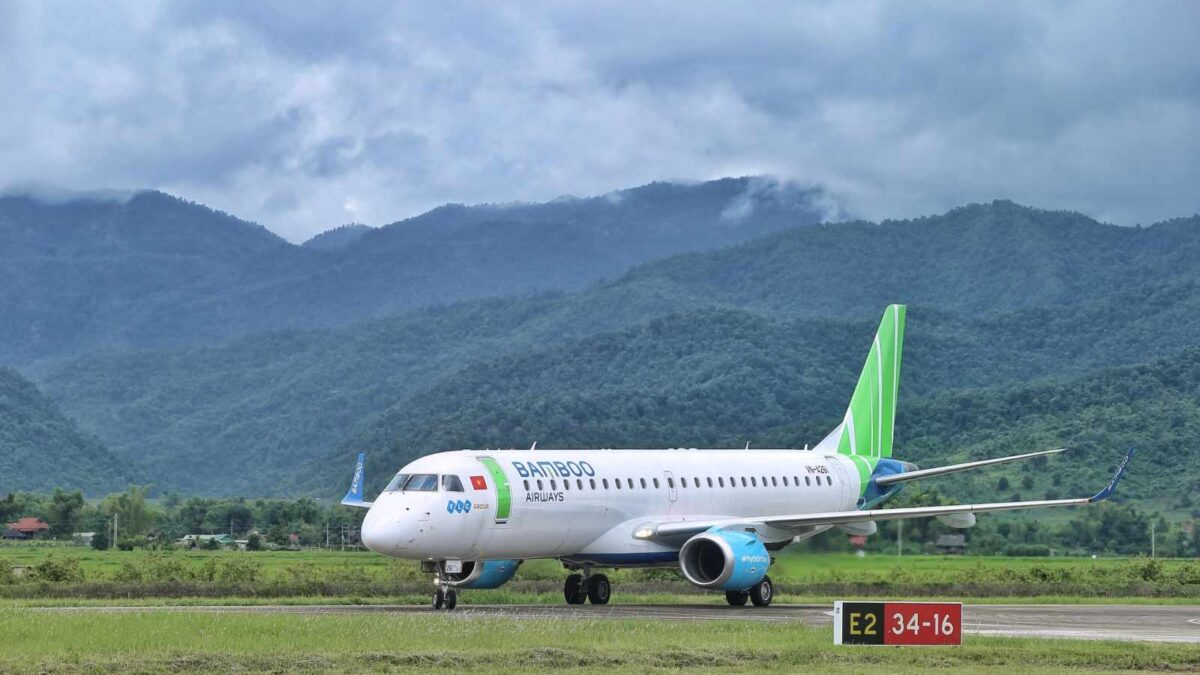 Bamboo Airways’ Embraer 190 has completed a test flight to Dien Bien Phu Airport, paving way for this turboprop route to be served by jet aircraft starting in September.

The short runway means currently the only scheduled service on the Hanoi-Dien Bien Phu route is Vietnam Airlines’ ATR 72 service.

The airline says Dien Bien Phu airport is challenging to land at due, for example, to the area’s mountainous terrain and high altitude. Hence, it is crucial to accurately calculate data, such as topographical data, to determine the flight path for the aircraft, it adds.

Applying the navigation system using airborne satellite signals is a new solution that gives the Embraer an advantage when operating in low visibility and cloudy weather conditions due to dry fog in the region, it asserts.

Now that the test flight has been successfully completed, Bamboo Airways plans to launch scheduled services on the Hanoi-Dien Bien Phu from September, it says, without elaborating on the frequency.

The airline says its Embraer jets have pioneered jet operations to many other destinations in Vietnam that have short runways, such as Con Dao and Rach Gia.

Vietnam Civil Aviation Administration deputy director, Vo Huy Cuong, says Bamboo Airways also plans to connect Dien Bien Phu to other destinations in Vietnam, besides Hanoi, which will contribute to the development of the northwest region.

According to information online, Bamboo Airways’ fleet includes Airbus A319, A320, Boeing 787, Embraer 190 and Embraer 195 aircraft.