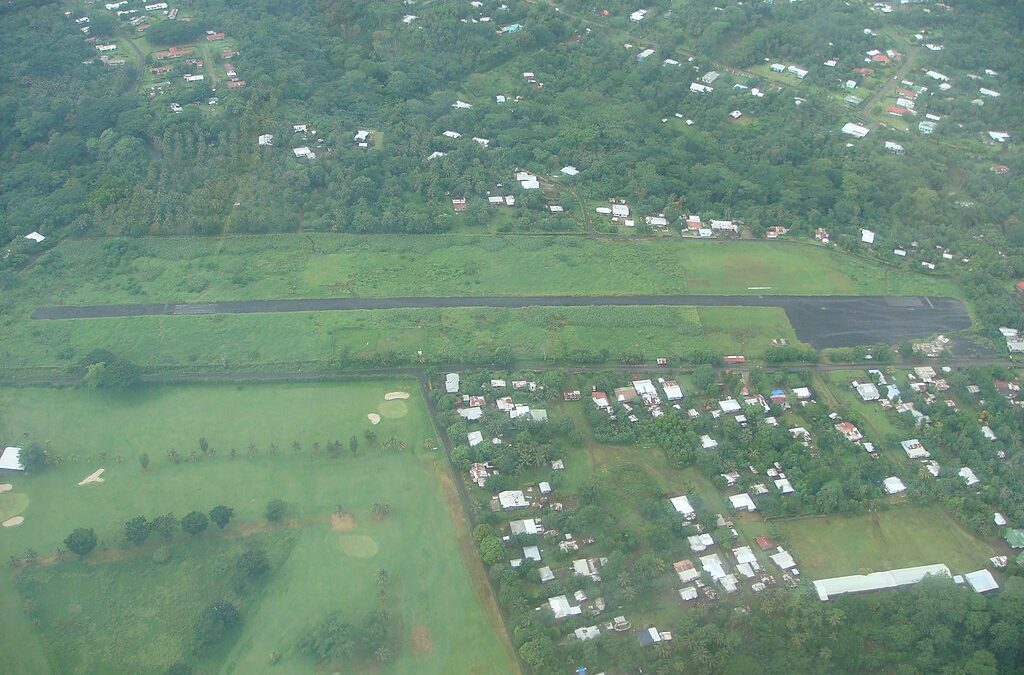 The Pacific island nation of Samoa plans to re-open a small airfield near downtown of the capital Apia and have turboprop flights there to other domestic airports as well as to neighbouring American Samoa.

Fagalii Airport has been shuttered since 2019 because it fell into disrepair, but Western Samoa’s minister for public enterprises, Leatinu’u Wayne So’oialo, says the government will invest money to make it operational again.

The runway is only 670m-long (2,198ft) but the airport is located next to the city centre of Apia whereas the country’s international airport, Faleolo International Airport, is about one hour drive from Apia.

So’oialo says national carrier Samoa Airways will operate its De Havilland Aircraft of Canada Twin Otter aircraft from Fagalii Airport to other places in Samoa as well as to Pago Pago, the capital of neighbouring American Samoa.

So’oialo announced the future re-opening of Fagalii Airport without giving a definitive time-frame.

He also says the government has made a final payment to Irish lessor Fly Aircraft Holdings Eighteen Limited to end the lease early on the airline’s Boeing 737-800. The loss-making national carrier is returning the aircraft and focusing on Twin Otter operations at the behest of the government, which has said publicly it is no longer willing to bank roll the airline to such an extent.

So’oialo says Samoa can rely on foreign carriers to serve the country, but the government is looking into having the national carrier return to the international market in two to three years from now.

Editors’ comments: The government, in the past, has also said publicly that having a larger turboprop aircraft for Samoa Airways would be useful. But in light of the government’s latest push to reduce debts, it is unclear if that idea will see the light of day so soon.