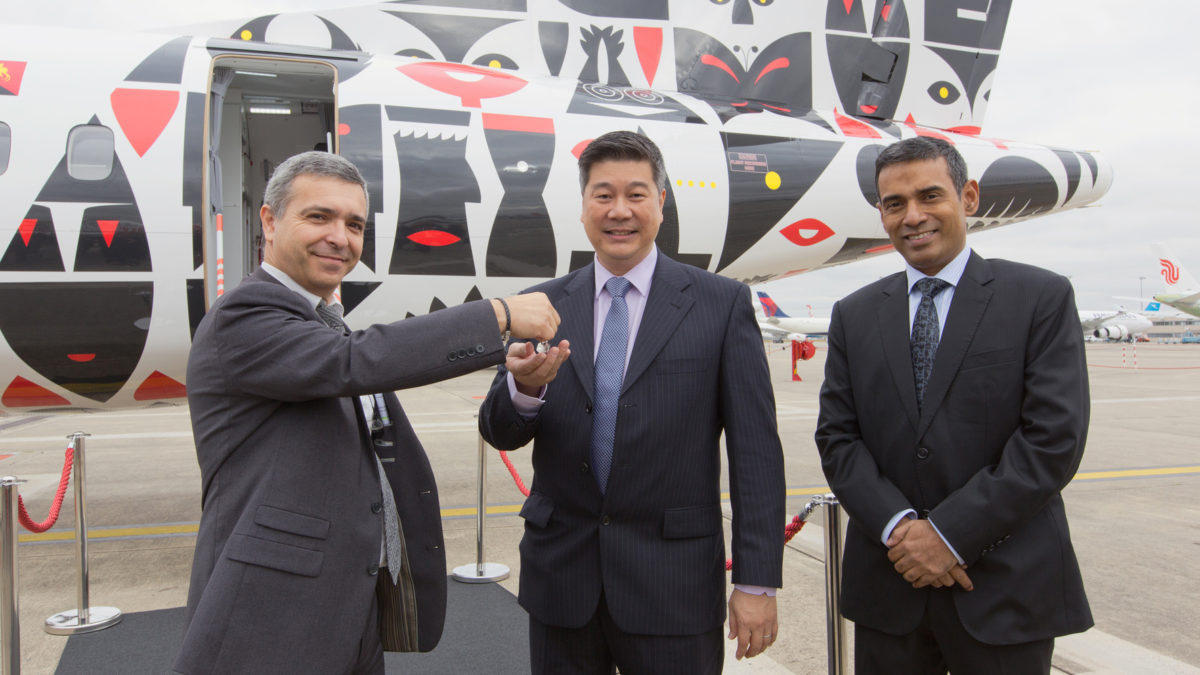 PNG Air is looking to offer wet-leases on its Bombardier Dash 8s as it reorganises its fleet.

The airline’s acting CEO, Paul Abbot, tells Smart Aviation APAC that depending on the jurisdiction, it is offering full aircraft, crew, maintenance and insurance (ACMI) leases on its 30-seater Dash 8-100s. PNG Air hopes to offer these aircraft to Asia-Pacific operators given Papua New Guinea’s location, he adds.

Abbot says the rationale behind the move is the airline is steadily building up a young fleet of ATRs. According to analysts, ATR aircraft have lower unit costs, in terms of cost per available seat kilometre, and provides better fuel economy than the Dash 8. With two additional ATR 72-600s being delivered by 2021, PNG Air expects its capacity to outstrip business demand in the near-future.

But the Dash 8s are being wet-leased instead of sold in case business picks up in the future. Abbot says there is a strong possibility of new business after 2020. This will either come from new mining projects or an uptrend in disposable incomes in Papua New Guinea, he adds.

Wet-leasing the Dash 8s will also provide synergies with PNG Air’s new maintenance, repair and overhaul (MRO) business. Abbot says the MRO business is important as it is convenient and promotes familiarity with the aircraft for engineers.