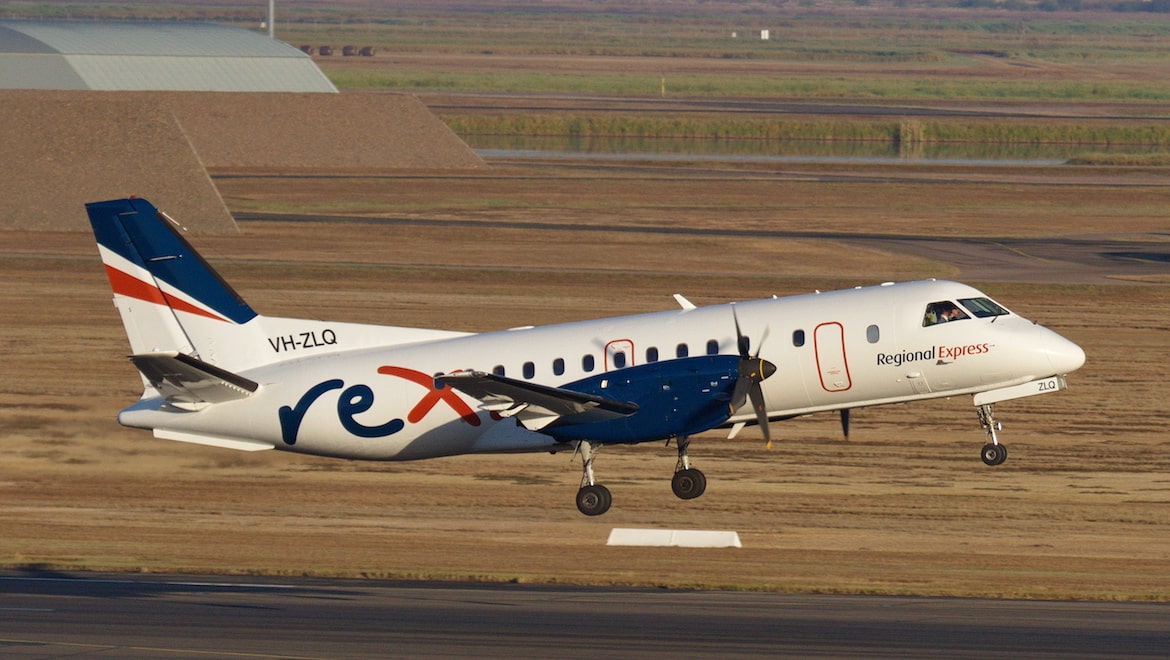 Regional Express (Rex) is making its third network cut in a span of less than two weeks, and will cease services on five regional routes in an effort to improve the airline’s financial performance.

The airline confirms in a statement today it will cease operations to Bathurst, Grafton, Lismore and Kangaroo Island on 30 June, which coincides with the end of the Federal Government-funded Regional Airline Network Support Program. Flights to Ballina will be terminated effective 2 July, it adds.

Rex says two other New South Wales regional routes are pending further review, while the remaining regional network will be closely monitored and further adjustments could be announced in the coming months.

John Sharp, Rex deputy chairman, says the airline has served most of these routes for 20 years and some for more than 30 years by Rex’s predecessor Kendell Airlines and Hazelton Airlines.

“It is with a really heavy heart that we have to announce the cessation of services in an effort to improve Rex’s financial performance,” he says.

Sharp says Qantas Airways’ decision to move into Rex’s regional routes has meant Rex no longer has the ability to cross subsidize these marginal routes.

This statement comes at the backdrop of two route suspensions by Rex in the span of two weeks, where it announced the cessation of its Albury-Melbourne service and Sydney-Canberra service effective 29 August.

Smart Aviation Asia Pacific previously reported that Rex attributed the closure of its Melbourne-Albury service, after 39 years of service, to Qantas’ move into the market.

Rex also says it suspended Sydney-Canberra because Link Airways entered the route. The other reason was high charges imposed by Sydney Airport from 1 June, making Rex’s service no longer financially viable, it adds.