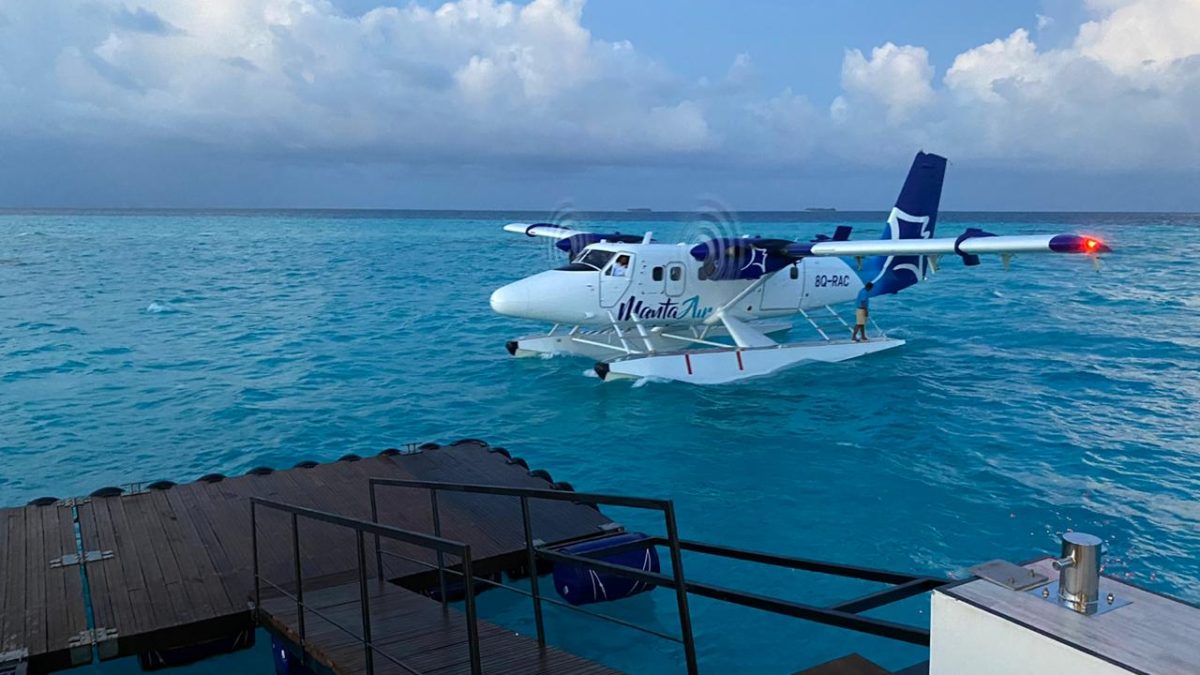 Seaplane operations at Maldivian start-up Manta Air are in full swing as the airline recently opened its own dedicated terminal in Malé and took delivery of five of its first ten de Havilland Canada Series 300 Twin Otter seaplanes.

Ahmed Maumoon, Manta Air’s chief marketing officer, says the Twin Otters have recently been refurbished or in the case of some aircraft, completed their re-builds. The aircraft have been upgraded with next-generation Garmin G950 glass cockpits, he adds.

“The key value we bring as a new airline in Maldives is that we are the country’s first scheduled seaplane service. This means that guests wanting to transfer from international flights to their resorts can reliably know when they will arrive,” Ahmed says.

“Response from resorts has also been very positive, because there is less planning they need to do,” he adds.

Ahmed says Manta Air, which also operates three ATR 72-600s to domestic airports, will be taking delivery of two more Twin Otters soon, before receiving the last three Twin Otters on order next year. This staggered delivery schedule aims to capture the current growth in tourism as well as help Manta Air take on new resort customers wanting to improve the reliability of their domestic transfers, he adds.

Manta Air, for instance, is looking to maximise the loads on its current fleet by partnering several Maldivian resorts as their domestic transfer provider, he says.

“The only big thing we have coming up is a new ATR route to the southern island of Kooddoo which launches by the end of this month. This is part of our strategy to ensure island access, as we realised many locals would like to fly for business and official travel. Right now, just 20 percent of our passengers are locals, as compared to 80 percent tourists,” Ahmed says.