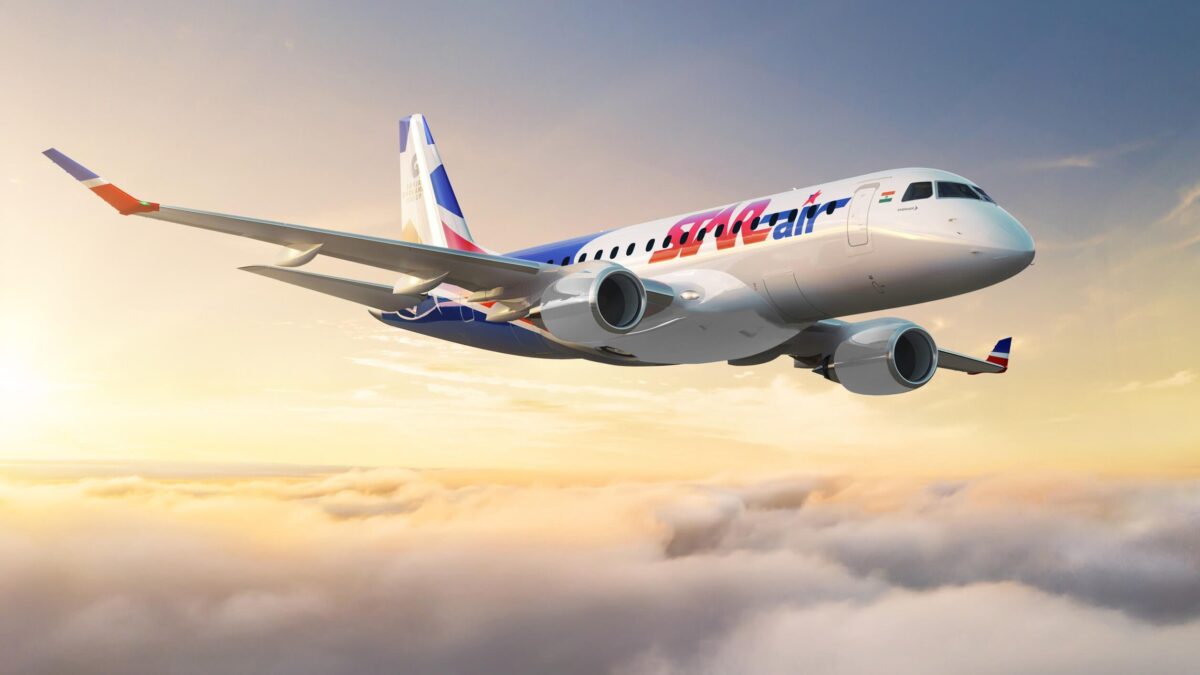 Indian start-up Star Air plans to lease two Embraer E175 aircraft, a new type from its fleet of Embraer ERJ-145s, for operation by November this year.

Star Air says in a statement it has signed a letter of intent (LOI) with regional aircraft lessor Nordic Air Capital (NAC) for two Embraer E175s.

Star Air says, pending the signing of the lease agreement, it is confident of starting E-175 operations by November.

Star Air currently operates five 50-seat ERJ-145 to 18 destinations across India and it plans to expand its regional presence, it says.

The Embraer E-175 seats up to 88 passengers in a single-class layout, says Embraer.