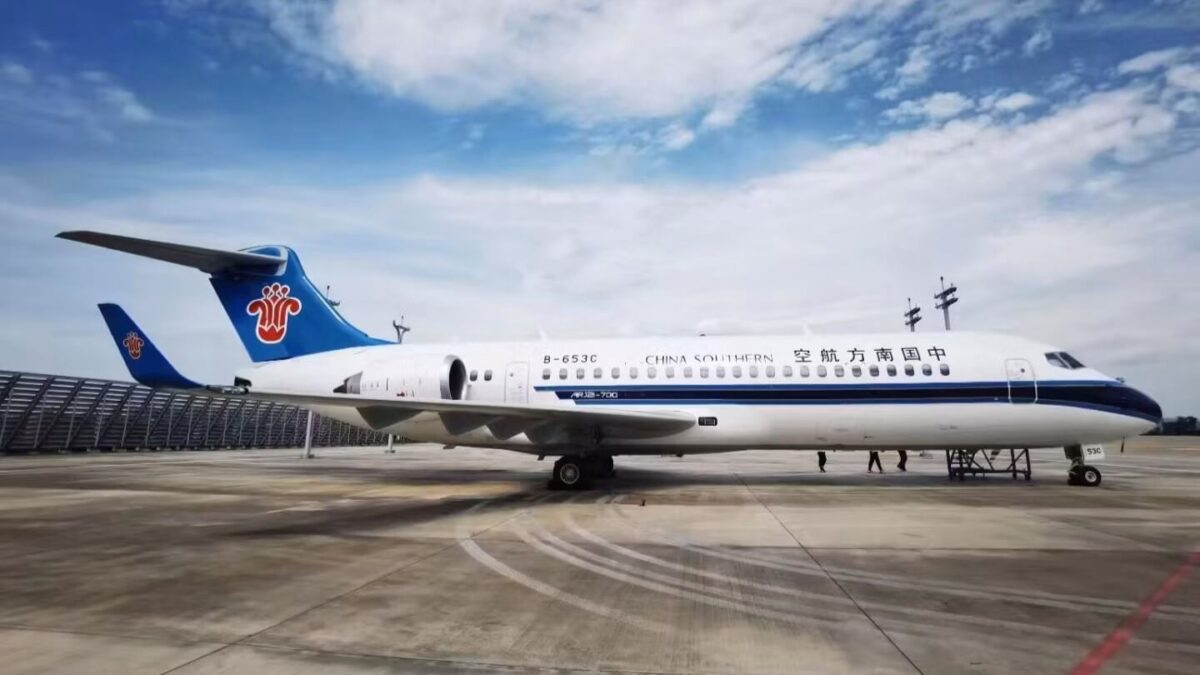 China Southern Airlines remains committed to having 35 Commercial Aircraft Corporation of China (COMAC) ARJ21 aircraft by the end of 2024.

The Guangzhou-based carriers still expects to have 35 ARJ21s by the end of 2024, China News Service reports, quoting the airline.

The airline reiterated its fleet plan when it received its eighth ARJ21, local registration B-653C, on 28 June. The ARJ21 is powered by the GE CF34-10A engine.

China Southern received its first ARJ21 on June 28 2020. It has been serving 13 domestic routes with the type and has completed nearly 3,800 flights with a total flight time of more than 6,000 hours, the report says.

China Eastern’s subsidiary OTT Airlines operates its ARJ21s and is slated to operate the Comac C919 aircraft, the report says.