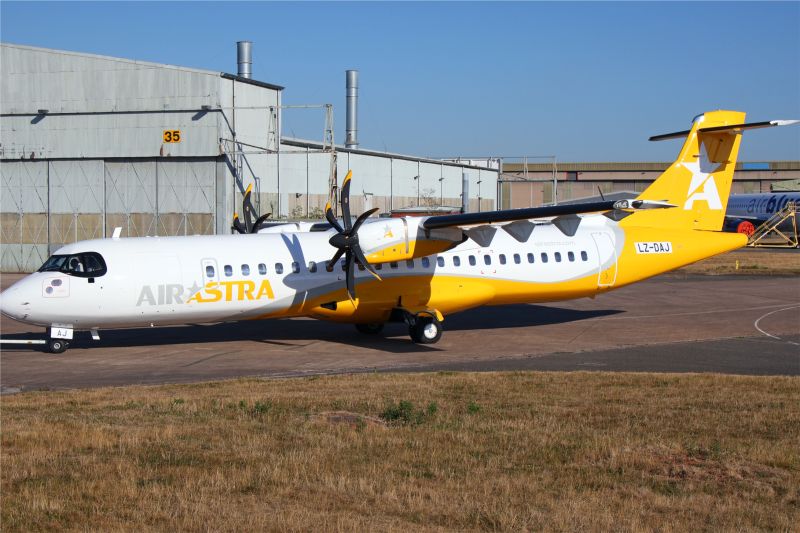 Bangladeshi start-up Air Astra is poised to receive its first aircraft, an ATR 72-600 that appears to be leased from DAE Capital.

Gullivair did issue a statement in February last year saying it was about to receive LZ-DAJ on lease from DAE Capital.

Air Astra in its statement says the ATR 72-600 is due to arrive in Bangladesh by September, after which it will go on the Bangladesh aircraft registration as S2-STB. The airline is still waiting to receive its air operator certification, but inspection of the first aircraft – by the civil aviation regulator – is usually the last step before the AOC is issued.

Air Astra said publicly a few months ago that it hopes to start operations in September and that it has secured three leased ATR 72-600s.

Feature picture, from Air Astra, shows its first ATR 72-600 after it came out of the paint shop at Airbourne Colours in the UK.