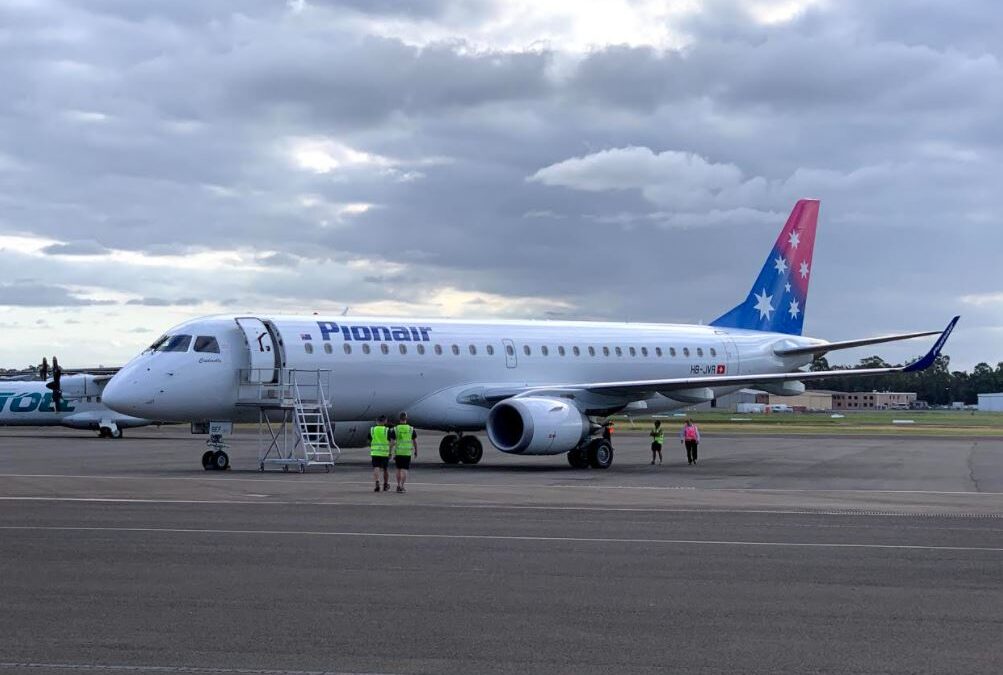 Sydney-based wet-lease and charter airline Pionair is looking to purchase at least three more Embraer E190 regional jets in 2021, alongside the E190-100LR it has just added to its fleet.

Randal McFarlane, Pionair’s director of business development, tells Smart Aviation APAC that the E190 regional jet was originally intended to be a niche tool to add to the airline’s fleet of eight smaller BAe 146 aircraft. But the impact of COVID-19 on passenger loads in Australia and the South Pacific has meant that E190 has become a good alternative for sectors once flown by larger Boeing 737 aircraft, he adds.

Pionair’s 112-seat E190 will allow the airline to operate much longer regional legs than its 70-80-seat BAe 146s, and is also a significant step up in terms of capacity, he says.

McFarlane declines to say exactly what contracts the airline has lined up for the E190s, but says the much newer technology and higher efficiency of the aircraft means they can look to do new types of work.

The first E190 will be operated on a charter basis after its maintenance stop at Pionair’s Bankstown, New South Wales facility, he says. But the airline is also working to confirm some scheduled services for the E190 fleet, which will be announced later on, he adds.

“COVID has been a driving force and purchase prices have come way down on the E190s. We still like our BAe 146s, but the expansion into E190 was a logical step into a different class of aircraft. To be clear, we are not looking to be a Boeing [narrowbody] operator, because that’s the wrong market,” he adds.

But while COVID-19 has been a boon for the airline’s step into the E190 business, McFarlane says acquiring aircraft during a pandemic has been a huge challenge. The Pionair team has been working hard to overcome border restrictions and paperwork to ferry the first E190 – acquired from Swiss regional airline Helvetic Airways – to Australia, he says. Pilot training for the E190 had to be done in Paris, even though there are other simulators and training centres in the US, Japan, China and Brazil, he adds.

Pionair also operates a Kiribati-based Embraer E190-E2 regional jet for Air Kiribati. McFarlane says that Pionair will also be operating Air Kiribati’s second E190-E2, but the aircraft is still on the Embraer production line following COVID-19-related delays and he is unsure as to when it will be ready.

Pionair will be performing most line and heavy maintenance for both the Embraer E190 and the E190-E2 aircraft in-house, he says. The airline already has heavy maintenance capabilities, an engine shop and spare parts for its BAe 146s, he adds.

The eight BAe 146s are operated on a mix of passenger and cargo contracts, McFarlane says. The airline has no plans to replace them anytime soon and the aircraft have about a decade of use left in them, he adds.