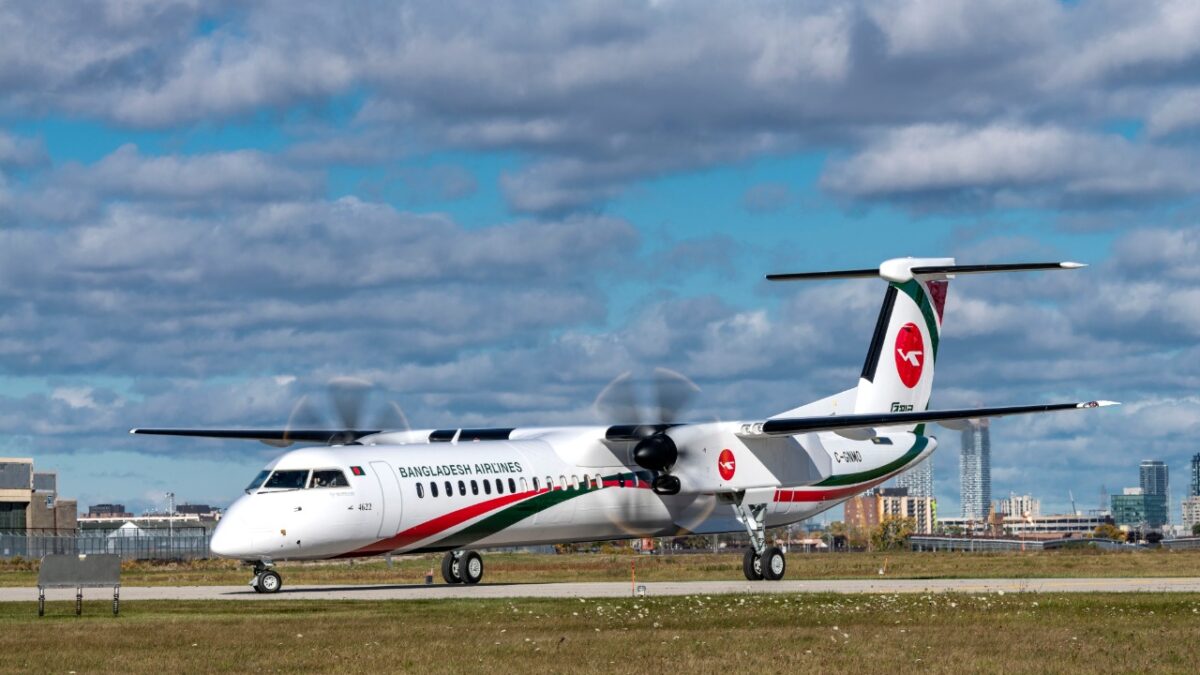 The three new 74-seat Dash 8-400s have been purchased by the Bangladesh government with support from the Canadian government, says Tahera Khandaker, the airline’s deputy general manager public relations. The aircraft will support existing domestic routes and short-haul international routes that have been made thinner because of the impact of COVID-19 on air travel demand, she adds.

Tahera declines to give a delivery date for the remaining aircraft, but the second aircraft has already been painted in De Havilland Canada’s Toronto facility. The three Dash 8-400s have been bought under a 2018 purchase agreement with the Canadian Commercial Corporation, which is Canada’s government-to-government contracting organisation, she adds.

“Our Dash 8-400 aircraft’s excellent economics and passenger environment have allowed us to offer high-frequency services within Bangladesh and neighboring countries over the last five years and we look forward to the increased operational flexibility that our new aircraft will provide for our fleet,” says Biman CEO Md Mokabbir Hossain in a statement.

Aside from the three new Dash 8-400s, Biman already has two Dash 8-400s: one is owned while the other is on lease till next year, according to a previous Bangladesh government statement.