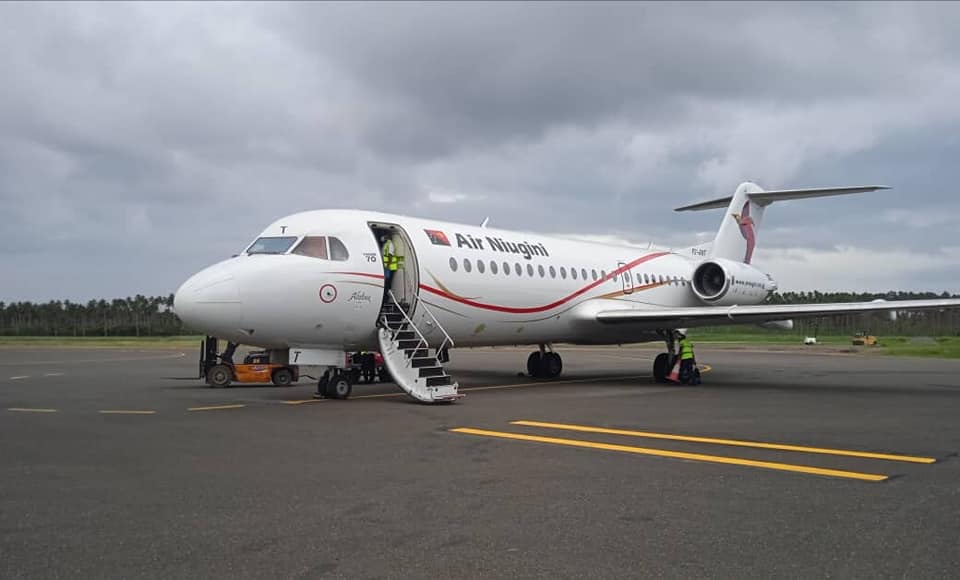 Kavieng Airport is in and derives its name from the capital of Papua New Guinea’s New Ireland province. Kavieng is a trading and tourist destination, known for its diving, natural sites, and underwater ship and aircraft wrecks from the Second World War.

The runway was temporarily shortened, for the runway maintenance works, so it had to serve the airport with payload restrictions as low as 20 passengers at times, Air Niugini says in a statement.

Works for Kavieng Airport’s runway, along with a new terminal, began a year ago and were done under the National Airports Corporation in partnership with Asian Development Bank’s Civil Aviation Development Invest Programme, it says.