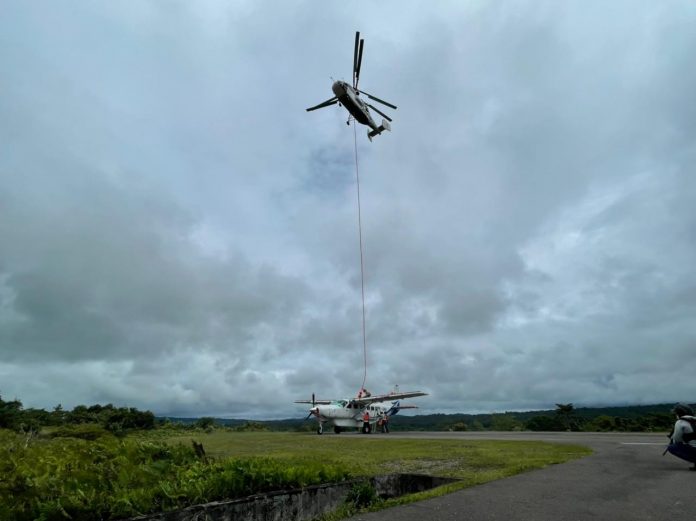 The SAM Air Cessna Caravan that was shot by militant separatists in West Papua has been airlifted from Kenyam Airport for repairs.

The Caravan will eventually be brought to Dorthey’s Hiyo Eluay International Airport for maintenance and repairs, he says.

The Caravan was airlifted using a Kamov Ka-32 helicopter.

Smart Aviation Asia Pacific previously reported on 10 June that militant separatists shot the Cessna Caravan, local registration PK-SMG, hitting the front tire, fuel tank and the fuselage. Two pilots were the only occupants onboard, but none were reportedly injured.