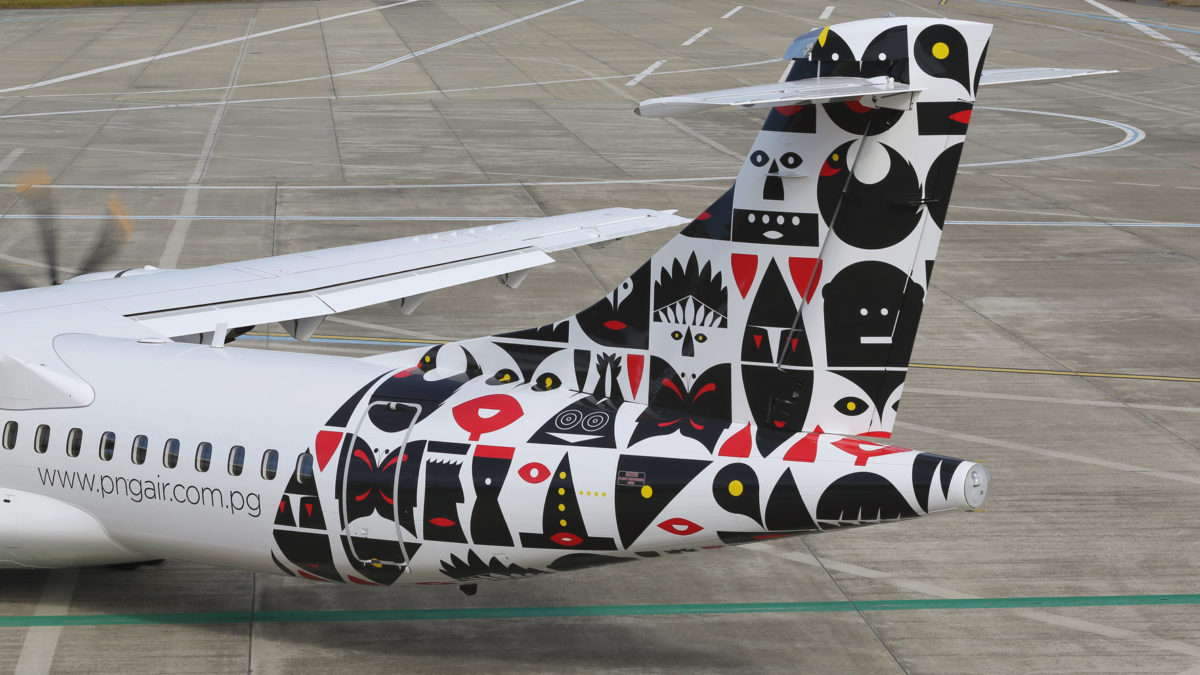 Lihir has a gravel airstrip, so the ATR 72-600 has been fitted with a special gravel kit as well as a guard around the nose wheel, says Abbott, adding that the ATR 72-600 is the largest aircraft to land there.

He says the incumbent for the Lihir-Cairns contract was HeviLift which had been using an ATR 42-500 on the route.

Abbott says the advantage of the ATR 72-600 is it is a higher capacity aircraft, so it can carry more people and cargo than the ATR 42 and this was something Newcrest needed.

PNG Air operates six ATR 72-600s and is due to receive its seventh in early November, he says, adding that it has options for five more but has no plans to take delivery of more ATRs in 2018.

The carrier also has 10 Bombardier Dash 8-100s but only six are in scheduled operation, says Abbott, adding that one is being converted to a freighter and is due to go into operation in November for express freight companies such as TNT. PNG Air is doing the freighter conversion itself but the design engineering work is being done by Melbourne-based aerospace design engineering company Five Rings Aerospace, he says.

Most of the Dash 8-100s are to be phased out but Abbott says it is unclear at this stage how many. “The aircraft still fulfils a role for us for smaller airstrips,” he says.

The launch of the international service to Lihir is significant because it represents PNG Air’s return to the international market. The carrier, in the past, had been operating scheduled flights from Port Moresby to Cairns but later stopped flying internationally as it wanted to consolidate and focus on the domestic market.

The airline does plan to launch an international scheduled service from Mt Hagen, in the Papua New Guinea highlands, to Jayapura in Indonesia’s neighbouring West Papua province. But Abbott says that the plan is taking longer to execute.

Jayapura is currently only a domestic airport, so the Indonesian side needs to install customs, immigration and quarantine (CIQ) at the airport and facilitate a system where Papua New Guinea nationals can get visa on arrival, he says.