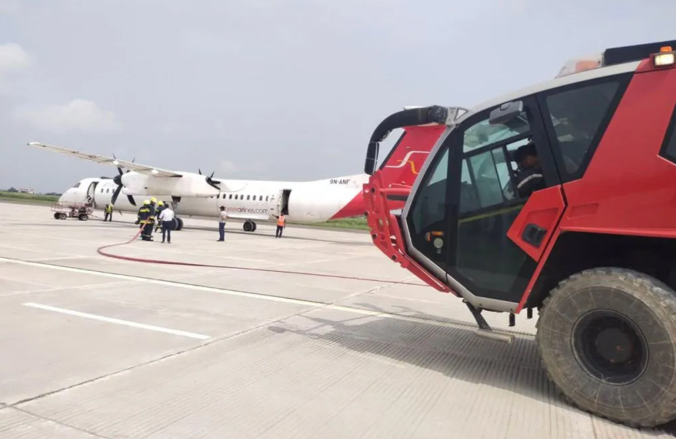 A Shree Airlines aircraft in Nepal made an emergency landing yesterday after smoke was detected from one of its engines.

The aircraft returned because smoke was detected from the aircraft’s left engine, they add. Dash 8-400s are powered by Pratt & Whitney Canada PW150A turboprop engines.

There were 79 passengers and four crew on board, the airport officials says, adding that there were no injuries.

Feature picture, from en.koshionline.com , shows the aircraft after it landed at Nepalgunj Airport.