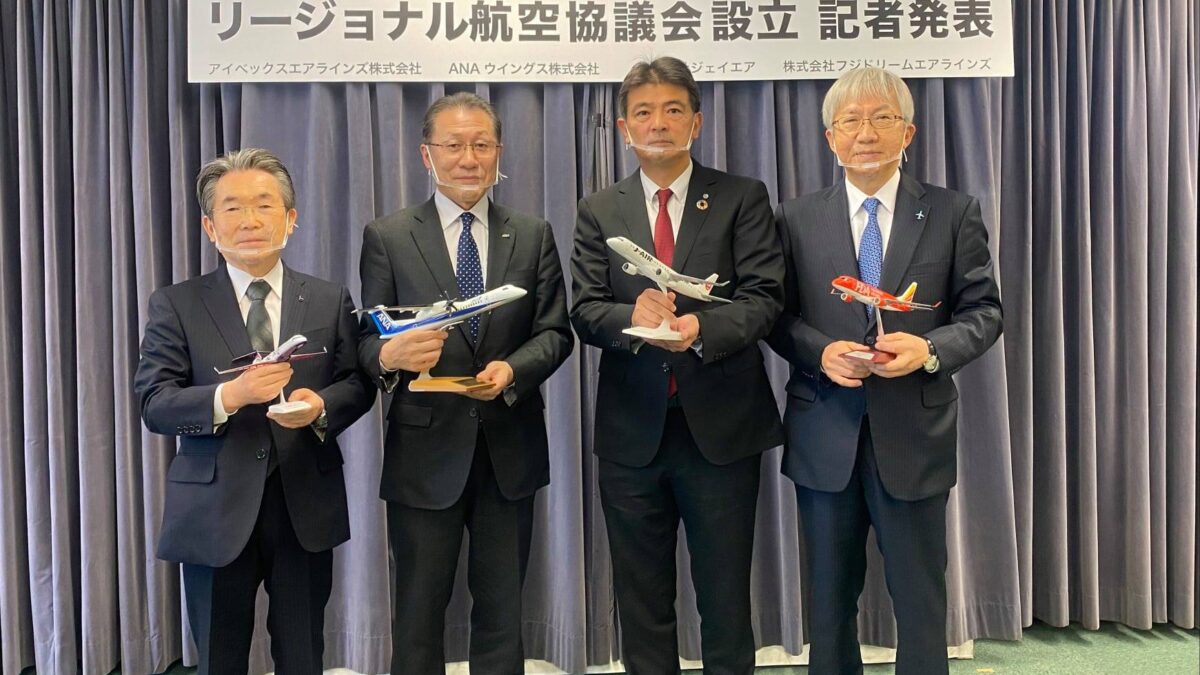 The council is being formed to promote direct exchanges between the regions outside Tokyo and to help develop local economies and maintain their cultures, the airlines say in a joint statement.

“Correcting the overconcentration in Tokyo and revitalization of the regions are among the major contemporary issues in Japan, and solving [that] requires increasing population exchange between regions,” they add.

The Regional Aviation Council says it will push for policy support for regional aviation businesses, as well as raise social awareness about regional aviation and its significance to regional cultures and economies. Its first undertaking is to collectively request the national government reduce taxes such as fuel taxes, it adds. Without mentioning whether it is extending the association to other airlines, the council says it is calling for airports and local governments to join and promote regional destinations.