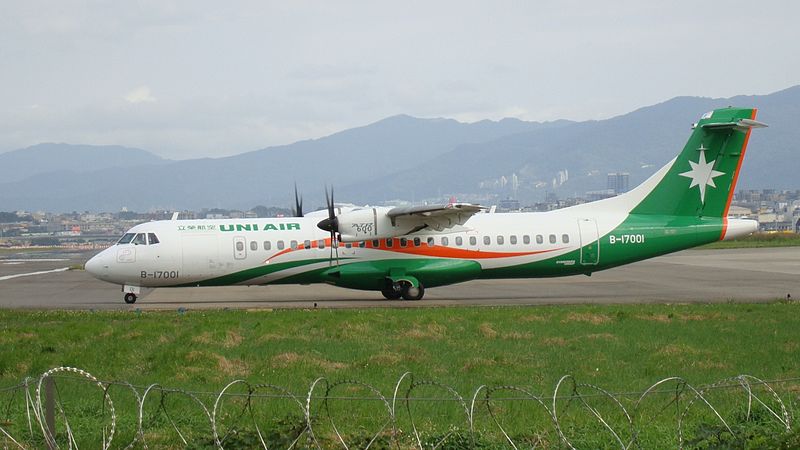 The Taiwanese Civil Aeronautics Administration (CAA) says in a statement that the Taiwan- registered turboprop was flying supplies for the military from Kaohsiung to the Pratas Islands. At about 100km from the Hong Kong flight information region (FIR), Hong Kong air traffic controllers warned the captain that “dangerous activities” were being carried out in the FIR, and told them to comply with a minimum safe altitude of 26,000ft, the CAA adds.

The CAA says the captain then decided to turn back for safety reasons. The ATR 72-600 has a maximum operating altitude of 25,000ft.

The Uni Air ATR 72-600 flight to the islands is chartered weekly by the Taiwanese government, the CAA says. The CAA adds that it typically informs its Hong Kong counterpart when aircraft coming from its FIR are about 40km away and about to enter the Hong Kong FIR.

The islands are unpopulated except for the 250 Taiwanese Coast Guard officers deployed there, says the CAA. They are also known for the Dongsha Atoll National Park, and are surrounded by rich fishing grounds.

The Hong Kong Civil Aviation Department (CAD) told Taiwan’s Central News Agency that it “acted in accordance with established mechanisms and procedures” during the incident. It says it told the Taiwanese about the minimum safe altitude, following which the Taiwanese told them that they had cancelled the request to enter the Hong Kong FIR.

But the CAD did not say why it told the Taiwanese aircraft that there were “dangerous activities” being carried out, or why the minimum safe altitude was 26,000ft.