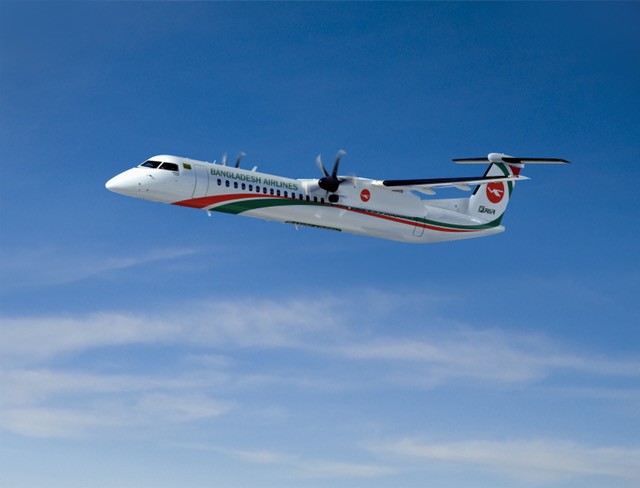 A bdnews24.com report, citing a Ministry of Civil Aviation and Tourism parliamentary committee meeting in September, says the airline was planning to receive two Dash 8-400s this year, with the third arriving in 2021. The aircraft reportedly cost US$24 million each, it adds.

Biman announced in September it had ordered the three Dash 8-400s. The announcement was made when the aircraft programme was part of Bombardier Commercial Aircraft. Bombardier sold the Dash 8 programme last June to Canada’s Longview Aviation Capital, which also owns Viking Air, maker of the Twin Otter Series 400 aircraft.

Biman Bangladesh is suffering, like many other international carriers, because of the pandemic-related travel restrictions. Past reports say it also has large outstanding loans, as well as unpaid arrears with the civil aviation authority and fuel supplier Bangladesh Petroleum.