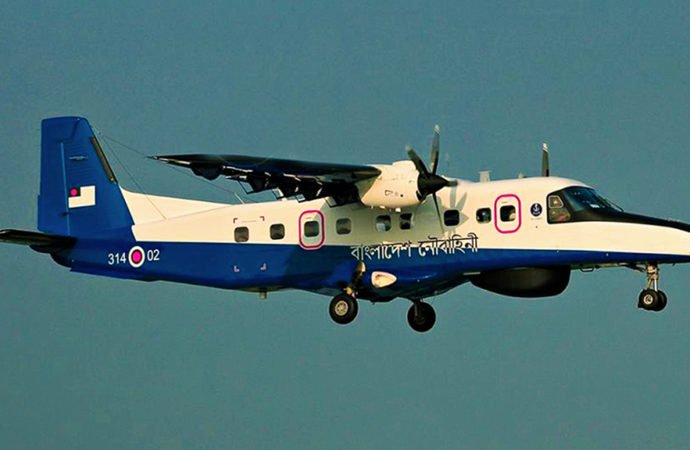 RUAG Aviation says the Bangladesh Navy has signed a contract for the two aircraft.

“The versatile aircraft will serve to support surveillance and patrol flights for all aspects of maritime security, exclusive economic zone control, and search and rescue (SAR) operations,” says RUAG Aviation.

“This new contract reinforces the Bangladesh Navy’s efforts to increase its naval and coast guard surveillance activities to further ensure the nation’s safety and economic strength.”

“The new Dornier 228s will build on Bangladesh Navy’s existing capabilities in the patrolling of the sea routes, territorial waters, coastal areas, and wetlands, essential to secure fishery operations, and critical vessel tracking.”

“The two additional Dornier 228 will also extend the navy’s reach and endurance options for SAR and natural disaster missions,” it adds.

Italian defence company Leonardo says in a separate statement that it has been contracted to deliver its Seaspray 5000E active electronically scanned array (AESA) radar for these two aircraft.

The fact the Bangladesh Navy was already operating two Dornier 228s, made by RUAG Aviation, and has decided to buy two more, is testimony to how good the Dornier 228 is. The aircraft, thanks to its fuel-efficient turboprop engines and very aerodynamic wing, has endurance of around 10hrs.